This weekend is the unofficial beginning of summer when we start to think about picnics, opening our pools, and making summer vacation plans.

Memorial Day is Monday, May 27th and has little to do with summer and vacation planning. It is a day of remembrance. Memorial Day is a federal, public holiday. All non-essential government offices, schools and most businesses are closed.

“Memorial Day started as an event to honor Union soldiers who had died during the American Civil War. It was inspired by the way people in the Southern states honored their dead. After World War I, it was extended to include all men and women who died in any war or military action.

Memorial Day was originally known as Decoration Day. The current name for this day did not come into use until after World War II. Decoration Day and then Memorial Day used to be held on May 30, regardless of the day of the week, on which it fell. In 1968, the Uniform Holidays Bill was passed as part of a move to use federal holidays to create three-day weekends. This meant that that, from 1971, Memorial Day holiday has been officially observed on the last Monday in May. However, it took a longer period for all American states to recognize the new date.”

Many Americans visit cemeteries and memorials to honor those who have died while on military duty. Some honor family and friends who have passed away long after they were no longer on active duty.

Flags fly in abundance and often times volunteer groups visit cemeteries to place a flag on the graves of those that have served.

Take time this weekend to think of the men and women who have given their lives for our country, our beliefs, and the freedoms we enjoy.

At Put Another Way, we were raised in military families and honor those who served.

A professional copywriter can make a world of difference. Each page of your website is an opportunity to engage with potential customers and clients and demonstrate why your business is the right fit for them. Whether you’re selling a product or offering a service,... 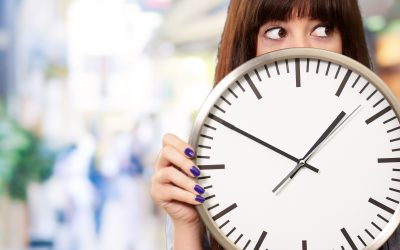 When is the best time to publish a blog post?

Why don’t comedians say the punchline before telling the joke? Because timing is key. So, when is the best time to publish a blog post? Timing is everything when it comes to sharing content– including blogs. Blogs are a phenomenal way to flex your muscles, answer...